Where Will Ben Affleck Rank as Batman? 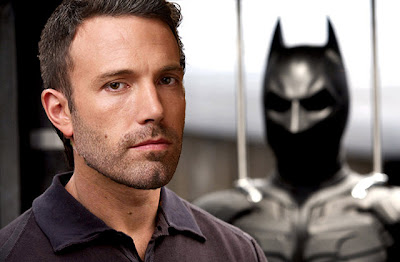 Ok, let me say this first: I don't hate the casting decision of Ben Affleck as the seasoned Bruce Wayne. Batman is my favorite superhero, and I've been a fan since I was a child. I want great Batman films. Christopher Nolan spoiled me, but I'm willing to accept a step down if the film is good on the whole. In short, I care about what happens to this character and how he's portrayed.

Affleck probably wouldn't even make my top 25 actor choices for the character, but I refuse to believe he'll be the worst Batman ever. If I'm wrong, I'm wrong. Let's wait until the film comes out, though.

Acting isn't Affleck's strong suit. I get that, and I understand the knee-jerk reaction to this casting news. Still, I can't see what the fuss is about. Look at who's played Batman in the last 25 years. Michael Keaton, Val Kilmer, George Clooney and Christian Bale.

If I were ranking them, my list would be: (Best to worst Batman)

Will Affleck really be worse than Clooney? Could he be that hammy? Given his more recent work, I think not. He's been giving solid dramatic performances since 2006, and I think he can bring something to the role, as long as he treats it like a straight dramatic one. Sure, he won't be amazing, but I can see him being perfectly adequate.

Yes, Batman vs. Superman will be a letdown. It's almost certain. But surely Affleck has a shot at passing some of the actors on that list. Come what may, I'm willing to wait and see.

So, where will Affleck rank? My best guess is behind Bale and Keaton.
Posted by Josh at 2:42 PM