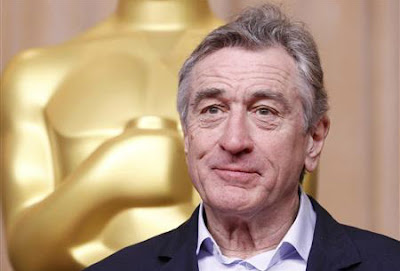 Blogger's Note: There was a mix-up on my end, but here's a belated celebratory post of Robert De Niro's 70th birthday, which was August 17.

Many celebrities become engulfed in their own fame. We begin to see less and less of the characters they portray and more of them personally in the movies. One man who always fades into the background behind his character is Robert De Niro. One of the greatest actors of our time, De Niro is celebrating his 70th birthday - so to celebrate with him, we’re taking a moment to remember his 7 most iconic roles.
Young Vito Corleone in The Godfather: Part II 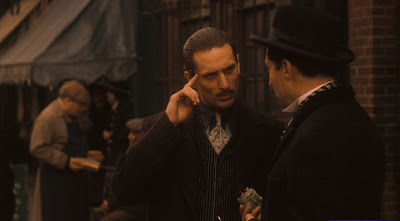 De Niro’s method acting techniques took him around the globe to research his role as the younger Vito Corleone in a string of flashback sequences. De Niro lived in Sicily to learn the language and immerse himself in the character’s home setting. It paid off; De Niro is one of only 6 actors to win an Academy Award for a role mainly spoken in a language other than English. De Niro wasn’t even present at the ceremony to accept his award, because he didn’t think he stood a chance.
Marlon Brando, who played Vito Corleone in the original Godfather film, was considered for the role, but it was never offered to him after Francis Ford Coppola remembered De Niro’s amazing audition for the first film and his performance in Mean Streets. Brando and De Niro are the only actors to receive separate Oscars for playing the same character.
Travis Bickle in Taxi Driver 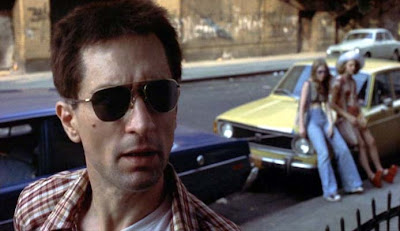 Continuing his intense method acting technique, De Niro actually acquired a license as a taxi driver and drove a cab for 12 hours a day for a month in New York City to prepare for his role as Travis Bickle. Bickle is a mentally unstable Vietnam veteran who takes violent action in an attempt to save an adolescent prostitute, played by a young Jodie Foster.
The most iconic line in the movie was actually never even in the script: De Niro’s intense monologue scene where he asks “You talkin’ to me?” over and over again was all improvised by De Niro (the script said only that Bickle “looks at himself in the mirror”). The film was nominated for four Academy Awards including Best Picture, and Best Actor in a Leading Role for De Niro.
Jake La Motta in Raging Bull 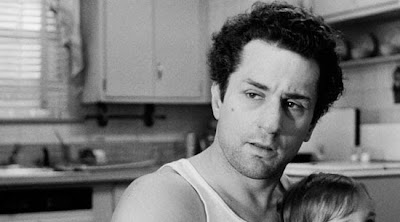 Making Raging Bull into a film was actually De Niro’s idea from the start. While on the set of The Godfather: Part II, De Niro read the autobiography of Jake La Motta, and immediately saw the potential for a great film. It took De Niro over four years to convince anyone, including his longtime collaborator Martin Scorsese, to get on board with the film. All the persuading turned out to be well worth it when De Niro picked up his second Oscar for Best Actor in a Leading Role. The film also won Best Film Editing, and was nominated for 6 more Academy Awards, including Best Picture.

Rupert Pupkin in The King of Comedy 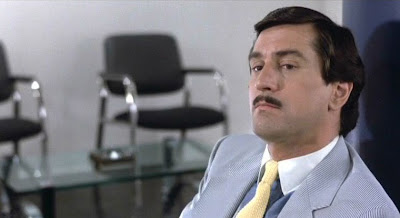 A role often overlooked in De Niro’s career is that of Rupert Pupkin. Pupkin is an aspiring comedian and a little bit crazy: he resorts to stalking his idol, a late night talk show host that prefers his privacy. The fifth film to reunite De Niro and Scorsese, The King of Comedy was critically acclaimed and performed well at the BAFTAs, but for some reason it did not draw well in the US and posted low box office numbers. The disappointing reception is a major reason this film was swept under the rug.
James Conway in Goodfellas 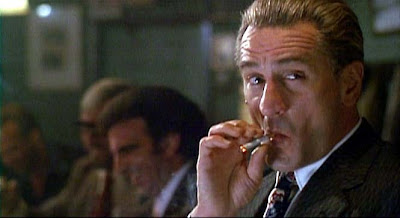 The mafioso role of James Conway almost didn’t even go to De Niro. John Malkovich was considered for the role and was the first choice to play Conway, based off of real life gangster Jimmy Burke. Malkovich turned down the role and it was offered to De Niro, who hesitantly accepted, fearing he was beginning to be typecast as a gangster.
The sixth film that De Niro worked on with Martin Scorsese, Goodfellas struggled at the Academy Awards due to the success of Dances with Wolves that year. Today, the movie is considered one of the greatest films of all time and in 2005 British film magazine Total Film named it the greatest film of all time.
Max Cady in Cape Fear 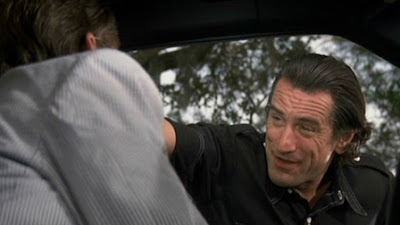 Once again taking on the role of a criminally insane lead, De Niro played Max Cady, a convicted rapist recently released from a 14 year long prison sentence. After his release Cady stalks the family of his former defense attorney. Donning a southern drawl and some sizeable tattoos, De Niro played a convincingly terrifying madman. He was nominated for an Academy Award for Best Actor in a Leading Role for the film.
Pat Sr. in Silver Linings Playbook 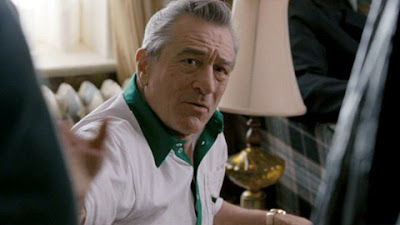 Taking a backseat role to his co-stars Jennifer Lawrence and Bradley Cooper, De Niro played Bradley Cooper's father in this Oscar winning romantic drama. De Niro’s character has OCD and the film follows his son, Pat Jr., on his journey to cope outside the mental institute - which his father sometimes makes difficult.
This film marked De Niro’s return to award-winning films: after a 21-year-long absence from being nominated at the Academy Awards, De Niro was nominated for Best Actor in a Supporting Role. Silver Linings Playbook dominated the 2013 Oscars, with seven other Oscar nominations and Jennifer Lawrence taking home the statue for Best Actress. 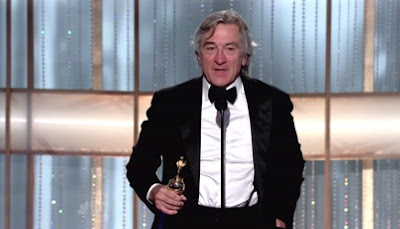 Robert De Niro has had a successful film career spanning almost 50 years, but that certainly doesn’t mean he plans on slowing down. Despite all the accolades he’s already received and iconic roles he’s brought to life, De Niro continues to always put his best foot forward and entertain the audience of any of his films. His upcoming projects include his return to mafioso films in the comedy drama The Family (which comes out September 13th), in which he plays the father of former mafia family in the witness protection program.
Other future projects include Last Vegas, which will see him reuniting with Jennifer Lawrence and Bradley Cooper, as well as Grudge Match, which stars Sylvester Stallone and De Niro as 60 something boxers who get in the ring for one last match. De Niro clearly isn’t going anywhere, and that’s alright by fans - we could always use a few more iconic roles out him!

Author Bio: Spencer Blohm is a freelance entertainment and film blogger for Direct Ticket. When he’s not watching films he’s most likely catching up on the latest showbiz news. He lives and works in Chicago and is (unsuccessfully) campaigning for a role on Chicago Fire.
Posted by Josh at 11:56 AM