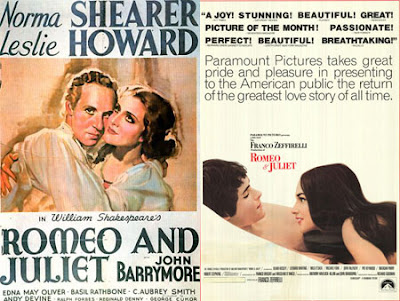 Both versions of William Shakespeare's play were nominated for the Best Picture Oscar. (SPOILERS)

The setup.
In the 1936 version, young Romeo (Leslie Howard) and Juliet (Norma Shearer) meet and instantly fall in love, despite being from rival families. In the 1968 version, the setup is the same, except Romeo (Leonard Witing) and Juliet (Olivia Hussey) are played by younger actors.
Winner: 1968 version


The execution.
Both films rely on the dramatic structure and rich dialogue of Shakespeare. They both have elegant costumes, nice production design, and decent sword fights. Though, the casting is much better in the 1968 version, as the actors in the 1936 version were too old to play teenagers. Howard was 43 and Shearer was 34, and it shows in the film. Plus, Witing and Hussey simply give better performances.
Winner: 1968 version

The ending.
Both films end with the star-crossed lovers killing themselves and their families making amends. However, I was more invested with the characters in the 1968 version. Since I wasn't distracted by the actors in the newer version, I was far more engrossed in the story.
Winner: 1968 version

The wild card.
The 1936 version features John Barrymore, Basil Rathbone and Edna May Oliver in supporting roles, but none of them give impressive performances. On the other hand, Michael York, John McEnery and Pat Heywood deliver good performances in a much better film.
Winner: 1968 version 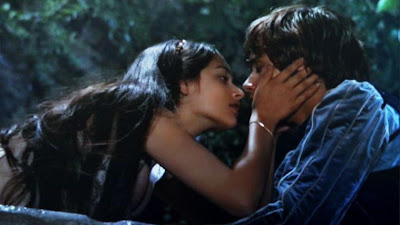 Email ThisBlogThis!Share to TwitterShare to FacebookShare to Pinterest
Labels: 1936, 1968, Romeo and Juliet, Vs.