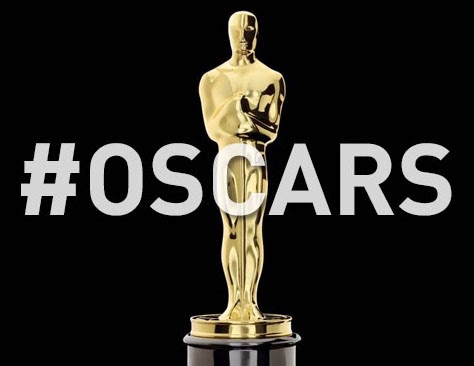 With the Academy Awards right around the corner, this Sunday to be exact, more and more people are taking to social media to air their views as to who should win in each category. This graph from social media analysis firm ViralHeat shows that between Sunday and Tuesday tweets about the Oscars have doubled as people began their discussions of who should take home awards. Unlike other years, there are hardly any surefire winners.


The one pretty sure bet is probably Cate Blanchett, who has won an astonishing 23 Best Actress awards this season, including a Golden Globe, SAG Award, BAFTA, and Critic’s Choice Award for her performance in Blue Jasmine. It appears that even the mighty Meryl Streep can’t stop Cate this awards season, with even Vanity Fair also tweeting that Cate was a sure thing last week. Well, one thing that is sure is that if Cate somehow loses, social media can be expected to explode in outrage.

As expected, Cate Blanchett takes the Best Actress SAG award for Blue Jasmine. This award, and the Oscar, has been hers for six months.
— VANITY FAIR (@VanityFair) January 19, 2014


Perhaps the most heated competition this awards season is between newcomer Lupita Nyong’o and Academy darling Jennifer Lawrence. We all know Lawrence took home her first Oscar last year and this year is her third nomination since her 2010 breakout role in Winter’s Bone. Nyong’o on the other hand is a complete newbie, with 12 Years A Slave being her first film role ever. So far this awards season the two have come out fairly even, with Lawrence taking home the Golden Globe and BAFTA and Nyong’o nabbing the Critic’s Choice Award and a SAG Award.


On social media, it seems that Lupita might have the edge. According to the positive sentiment measurements on Topsy, in the past week there have been over 150,000 tweets about Lawrence, 77% of which were positive. Nyong’o, on the other hand, has only had roughly 20,000 tweets about her, but does boast an 87% positive sentiment score. What this means is that while Nyong’o may have a smaller fanbase, they’re praising her more highly online. Even The Hollywood Reporter’s Scott Feinberg tweeted his support of Nyong’o recently. It looks like she’s impressed more than a few of the right people.


While Matthew McConaughey has brought home the most major awards this season, many aren’t counting out Leonardo DiCaprio and Chiwetel Ejiofor as possibilities to take home the Oscar for Best Actor come Sunday. Ejiofor seemed like a long shot a few weeks ago, but after his big win two weeks ago at the BAFTAs, his chances might have improved. The main factor holding him back from winning is that he’s not as well known as his competitors. If he does lose, expect to see him much more in the future.

On the other side of the coin we all know Leonardo DiCaprio and his famously contentious relationship with the Academy (this will be his fourth nomination, and he has never won). He’s unquestionably one of the best actors of our generation and his fans have been incredibly vocal online about his Oscar worthiness. He even has a website (HasLeonardoDiCaprioWonAnOscarYet.com) that counts down the time between his first nomination in 1994 until now, tallying the days, hours, months, and seconds he has lived without having that elusive little gold man in his life.


Despite the strong performances by Ejiofor and DiCaprio, the favorite to win on Sunday so far looks like Matthew McConaughey. Not only did he undergo an impressive physical transformation (something the Academy loves), but his role was simply so far from his previous rom-com characters that most viewers of Dallas Buyers Club had their minds blown. Many fans, both famous and not, of his performance have taken to Twitter to express how moved they were by his acting and how much he deserves that Oscar come Sunday.

Think we're now of the opinion that Matthew McConaughey should win the Best Actor Oscar after that #DallasBuyersClub
— Fee McBee (@feemcbee) February 22, 2014


Matthew McConaughey should get the Oscar this year, but I am surprised Tom Hanks didn't get nominated, he was amazing in Captain Phillips
— Jackie Collins (@jackiejcollins) February 24, 2014

Another heated race is for Best Picture, though there are really only two front runners in this competition: 12 Years A Slave and American Hustle. In terms of awards they’ve won it has been a 50/50 split, with 12 Years landing a Critic’s Choice and a BAFTA and Hustle taking home a SAG for Outstanding Performance by a Cast. Each also took home a Golden Globe for Best Picture in their respective categories. Moviegoers seem to be just as split on who might win, likely due to the films being based on such different subject matter.


Based on the number of tweets in the last 30 days alone, it looks like more people are talking about 12 Years. These graphs (above) from Topsy show that 12 Years has about 30,000 more tweets referencing it in the past month than Hustle does. Does that mean 12 Years is a shoo-in to win? Not at all. The Academy loves David O. Russell’s work and it seems possible that Hustle could bring home the gold on Sunday based on that alone.


There’s no way of knowing 100% which way the Academy will sway when it comes to these awards. One thing that is certain is that social media has certainly changed the way we talk about these awards and the acting that gets honored at the ceremonies. If online chatter doesn’t have a huge impact on voters now, it most likely will in the near future.
Posted by Josh at 9:48 PM