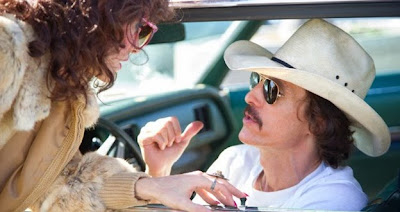 In 1985, Ron Woodroof (McConaughey) contracts aids and imports unapproved drugs into the U.S., selling them through an organization known as the Dallas Buyers Club.

As can be the case with films based on a true story, Vallée's drama is an actors' movie through and through. After a string of well-received work in 2012 and a wonderful performance in Mud earlier this year, Matthew McConaughey delivers a transformative performance in a fantastic year for lead actors. Complementing his work - and stealing the spotlight - is Jared Leto in a powerhouse performance bound for multiple awards. Jennifer Garner turns in a good performance too, but she takes a back seat to the men here. On the whole, the film falls short of being great, but the performances by McConaughey and Leto are reason enough to seek it out. 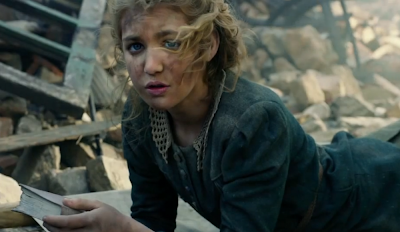 A young girl (Nélisse) living with adopted parents in Nazi Germany learns to read by stealing books in the midst of World War II.

In another take on the horrors of World War II and the Holocaust, this family film has the groundwork to be something remarkable. It doesn't quite succeed, though. While the film's tonal shifts are more problematic than functional, the atmosphere isn't completely lost. The production values are first rate, and there are no shortage of great scenes accompanied by John Williams' moving score. Still, it feels too safe, at times too saccharine. Sophie Nélisse is a nice discovery, though, and is easily the best thing about the film. Rush and Watson also give good performances as her adopted parents. With some polishing to the script, this could've been one of the year's best, even a major awards contender. In the end, it's an enchanting misfire with a few problems. 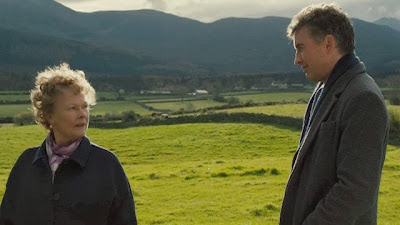 Journalist Martin Sixsmith (Coogan) helps a retired nurse named Philomena (Dench) search for her lost son, whom she gave up for adoption decades ago.

Despite its conventional and somewhat sentimental approach, this is a very charming movie. Dench, of course, gives a touching performance, revealing both the humor and the pain in Philomena's story. For his part, Coogan does solid work as well. His commitment to the film (also co-writing and producing it) shows in his mannered performance, and he and Dench play well off each other. Though dramatically effective, the film overuses flashbacks, and the narrative feels slightly stretched, even if it only clocks in at around 98 minutes. However, it is a film worth seeing for the performances and the interaction between Dench and Coogan.