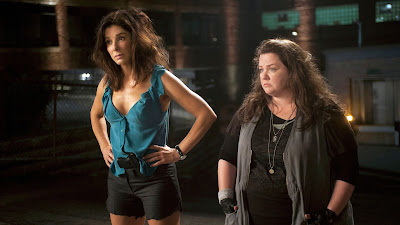 
An odd couple of female law enforcement officers team up to catch a big drug lord.


Bullock and McCarthy have good chemistry, and the film is funnier than I expected. (I had a better time at this than I did at Feig's Bridesmaids.) While it's a standard buddy cop movie, that doesn't make it less entertaining. Most of the gags are funny, and the veteran leads are a delight together. The film is hardly anything more than popcorn fare, but it's done very well. It's a solid action comedy, with lovable work from Bullock and McCarthy. 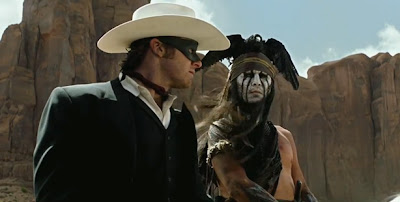 
A Texas Ranger joins a Native American to bring down a corrupt railroad man.


Though widely panned, I actually enjoyed this film. It has its problems, like Verbinski's Pirates of the Caribbean sequels did, but it's so much fun if you're willing to go with it. Of course, Hammer is trying, and Depp is walking through it. The action is overblown and thrilling, while the screenplay is anything but ironclad. However, the second half of the film was a blast, and I can easily see myself revisiting this film in the future. It's not great. It's not terrible. It's just good fun. 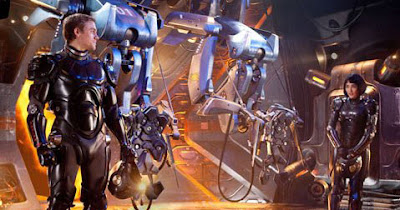 
When aliens threaten the survival of the human race, a band of fighters uses giant robots to fight back.


Like The Lone Ranger, this should have been good fun. If it was, I didn't see it. Visually the film is one of the better blockbusters of the summer, but the screenplay doesn't do del Toro's vision any favors (and he co-wrote it!). In this case, the clichés are insurmountable, and some of the actors appear miscast. Elba, Kikuchi and Day are great, despite the material they're given. I admire del Toro's vision, but the execution of it could be much better. Bottomline: I just couldn't get into the film.