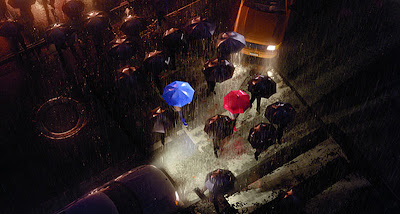 I forgot about this film when I made my first half of the year list, but it's one of my favorites of 2013. It outshines Monsters University (the Oscar contender that it precedes), and it makes Pixar a winner, after a couple of feature films that failed to live up to the standard of previous releases. This simple short film manages to convey a touching romance between two umbrellas, displaying an intimate creativity that Pixar hasn't achieved in a feature this decade. It's so refreshing and so wonderful. 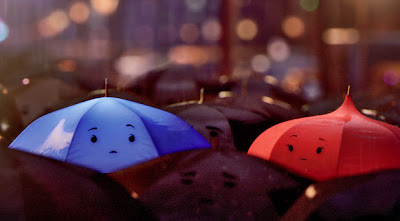 Seeing Monsters University for this short alone would be worth the price of admission. Now, I realize this animated short has a great shot at being nominated for an Oscar, so I'll campaign for a win instead. Unless a surprise entry emerges, it deserves to win the Oscar for Best Animated Short Film. If I don't see a better animated feature, I might even give it a fraudulent win in that category. It's too good to be missed.