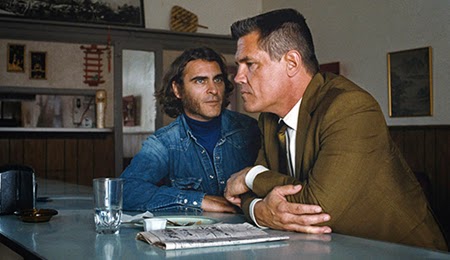 
Private detective Larry "Doc" Sportello is drawn into a series of bizarre events after his former girlfriend goes missing.


Stories don't always have to make sense, and this one might not. Still, it's a remarkably coherent fog that Anderson has produced. Phoenix mumbles and stumbles around, while Brolin chews the scenery and Waterston breathes an air of mystery into the works. Naturally, the film is very strong below the line, but the performances and loose storytelling approach are the film's strongest assets. For fans of noir and detective stories, it's a must, and Anderson's latest is endlessly entertaining. Don't think too much about it, though. Just relax and enjoy the crazy ride. 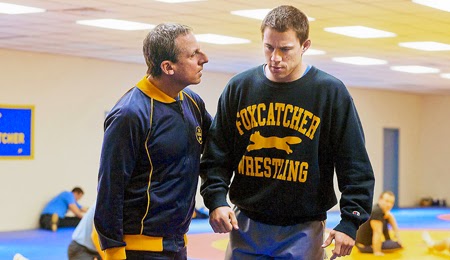 
Miller's latest is slightly disappointing, albeit very well-made. Though it's as tight as a drum tonally, it does drag in the middle, which could have benefited from a little trimming. (I'm not sure the original cut - over four hours long - would be any easier to sit through.) Of course, the cast deliver excellent performances, especially Tatum and Ruffalo, but Carell is, admittedly, somewhat lost here. His performance is menacing and unhinged at times, while stilted and almost laughable at others. Miller's talent as a director in undeniable, yet this film is mostly a mixed bag that's often brilliant. 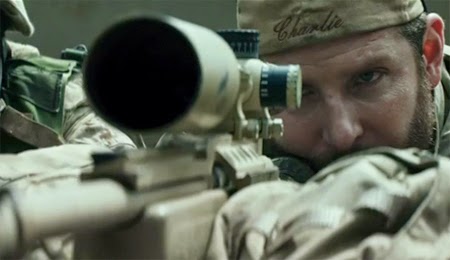 
Sniper Chris Kyle spends four tours of duty oversees, while his family wait for his safe return to the U.S.


Eastwood's approach can be too much at times, and not enough at others. Here he finds a happy medium, despite the film taking controversial liberties with the depiction of the real Chris Kyle. The film has a number of tense action sequences, and the performances by Cooper and Miller (so good here) make up for some of the corny dialogue. However, the editing is often more jarring than fluid, and the film feels a bit too cold, clinical and overly patriotic at times. While the Eastwood touch is one thing, the Kathryn Bigelow touch might've been more interesting.