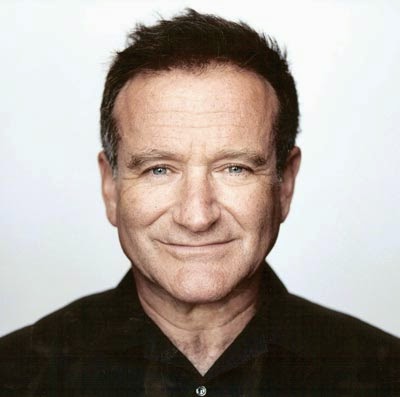 Robin Williams' passing is a crushing blow. The man was one of the funniest men alive, and his acting talents were enormous. With unyielding energy, he was engaging in both comedic and dramatic roles, which is rare and often overlooked. He's gone too soon, and it's going to be tough watching his work from now on. Still, his lighter material will remain just as warm and funny as he was.


Here's a quick look at five of my favorite Robin Williams moments. Three are from his films, while the other two are related to movies and/or acting. I could've listed WAY more, but these five clips are what I love most about the late Robin Williams.

This moment has always felt so honest to me. Bravo, sir.

Inside the Actors Studio

This film was a big part of my childhood, and Robin doing voices is a delight.
Posted by Josh at 10:19 PM