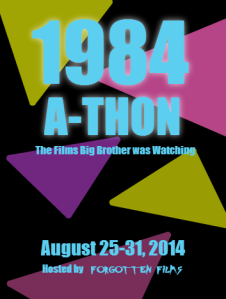 This review is part of Forgotten Films' 1984-a-thon, which focuses on films from 1984 - his favorite year for cinema.


Robert Altman's overlooked film is a fictional exploration of former President Richard M. Nixon's life and motivations, occurring in one lengthy monologue in Nixon's study. Filling the shoes of the infamous POTUS is character actor Philip Baker Hall, in a rare lead role. This one-man show covers several aspects of the man's life and career, from his opinions of other politicians, like John F. Kennedy and Henry Kissinger, to the Watergate scandal and a powerful political group known as the Bohemian Grove, which Nixon claims dictated many of his decisions in office. Still, Nixon deflects responsibility for his mistakes, despite his questionable actions as a politician.


Such a confined piece of filmmaking is expertly handled by Altman, who makes Nixon's study a counterpart to Nixon's stream of consciousness. Instead of the set being a mere backdrop, Altman stages the film to accompany Nixon's rhythm. Moreover, the film is never boring because the role of Nixon is enticing on its own. Philip Baker Hall gives a towering performance, relishing every word of Nixon's fictitious ramblings. He does far more than impersonate the former US President, and he's able to move beyond a mere caricature. Nixon is living, breathing and furious. Though the film is relatively straightforward and features minimal flare, Hall's performance under Altman's direction makes this 1984 gem a compelling film from start to finish.
Posted by Josh at 7:37 PM