Mini-Reviews: American Hustle, Blue is the Warmest Color and Nebraska (2013) 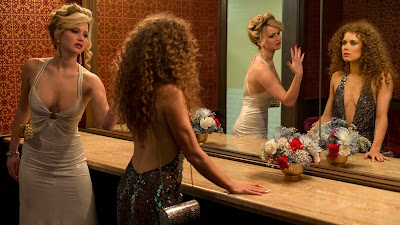 
Based on the Abscam scandal, this follows con artists Irving Rosenfeld (Bale) and Sydney Prosser (Adams) and their forced partnership with an FBI agent Richie DiMaso (Cooper) in a no-holds-barred con job.

Russell's film is certainly a fun time, but it's too loud to make any noise. The cast, particularly Cooper, Adams and Bale, all perform well, and the film has great production values. The costumes and hair and makeup are exceptional. Still, I wanted more from a film with so much talent. It's too familiar (arguably forgettable), and it doesn't quite come together. While it has some wonderful sequences, the end result isn't fully satisfying.

Blue is the Warmest Color 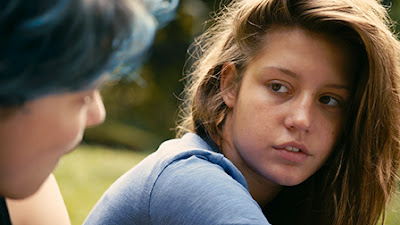 Kechiche did a fantastic job. Not only did he create a touching romance, but he also got phenomenal performances out of his actors. Adèle Exarchopoulos gives a magnificent performance, and Léa Seydoux is sublime. Both actresses are fully committed, which shows in their work. Much has been made of the explicit sex scenes, but they're just a small part of a great film. (Admittedly, I felt the seven-minute scene was a bit gratuitous.) The story is devastating and handled effectively by Kechiche, Exarchopoulos and Seydoux. 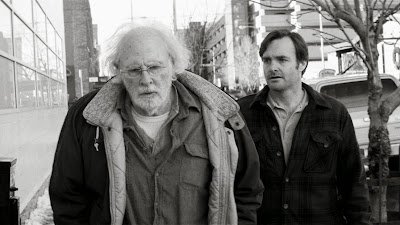 
Woody Grant (Dern) thinks he's won a million dollar sweepstakes, so his son (Forte) reluctantly drives him to Nebraska to collect the winnings.

I was slightly disappointed with Payne's new film, though it is very likable. The black-and-white cinematography works like a charm, allowing the story and the actors to take over. Dern is as advertised, delivering a career-best performance that is parts sweet and grizzled. Forte and Squibb are good in their roles, but Forte does more with his difficult part. While I'm not totally in love with it, it's a nice little movie with humorous moments and a great performance from Bruce Dern.