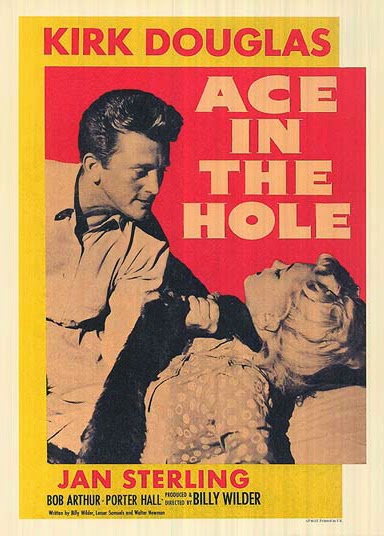 This year is one of the hardest for me to do, as I don't have a clear winner in many categories. Most of my wins this year could go several ways, but perhaps that will change once I see more films. I've only done ten images again this week, though I'm hoping to get more done in the coming weeks. Note: You can click on the images to enlarge them.


I still need to see films like Miracle in Milan, The Idiot, Outcast of the Islands, Miss Julie, Death of a Salesman, The River, The Thing from Another World, Juliette ou la Clef des Songes, The Desert Fox, The Well, David and Bathsheba, The Lady of Musashino, Miss Oyu, The Blue Veil, Fourteen Hours, Royal Wedding, The Steel Helmet, Bellissima, The Mating Season, Susana, The Tall Target, Waters of Time, Bright Victory, and When Worlds Collide.

BEST FILM EDITING:
Ace in the Hole
The Day the Earth Stood Still
Decision Before Dawn
A Place in the Sun
Strangers on a Train*

BEST ART DIRECTION:
An American in Paris*
A Place in the Sun
Quo Vadis
Show Boat
The Tales of Hoffmann

BEST COSTUME DESIGN:
An American in Paris
A Place in the Sun
Quo Vadis
Show Boat
The Tales of Hoffmann*

BEST MAKEUP:
An American in Paris
Quo Vadis*
The Tales of Hoffmann

BEST SOUND (MIXING AND EDITING):
Ace in the Hole
The African Queen
An American in Paris
The Day the Earth Stood Still*
Strangers on a Train