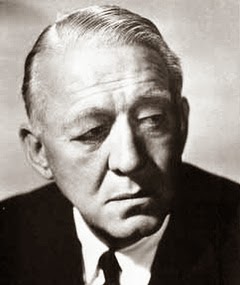 Director Edmund Goulding holds a very odd record in the annals of Oscar history. He directed Academy-friendly films like Grand Hotel, Dark Victory and The Great Lie, but he was never nominated for an Oscar. However, he was also a writer of films such as The Broadway Melody, No Man of Her Own and Teenage Rebel.

This makes him the only person to write (The Broadway Melody) and direct (Grand Hotel) two Best Picture winners without ever being nominated. Goulding didn't even get an Honorary Oscar, which is arguably an oversight on the Academy's part.
Posted by Josh at 2:25 PM