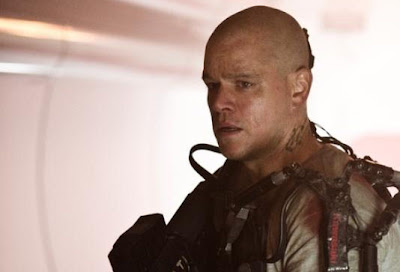 Neill Blomkamp's second feature film has elements of a great one, such as an engrossing story, a good cast, and first-rate production values. Arguably, it's biggest flaw is its thin running time of 109 minutes.


As far as awards consideration goes, the visual effects and sound design are standouts, but the score by newcomer Ryan Amon is what really caught my attention. Melodic at times and bombastic at others, it's a rich blend of tones for this brisk sci-fi tale. If the film could only get a single Oscar nomination, I'd be more than happy with one for Best Original Score.