Top 10 Film Scores of All Time 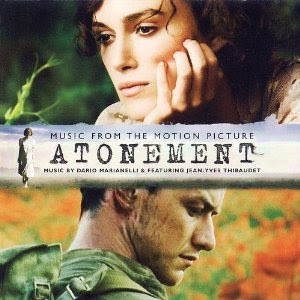 Alex at And So It Begins... recently posted his top 10 film scores list, and he suggested that I do one as well. I'm sure I left something out, but that's how it goes. Also, be sure to check out Alex's brilliant list.

Reznor's and Ross' collaboration on The Social Network drew most of the praise in 2010, but I always preferred Daft Punk's epic soundscape, which is full of pulsating beats and soothing tracks. But as much as it complements the film, it's even better on its own.


Since Tom Waits is my favorite music artist, I couldn't leave this fantastic song score off the list. Coppola's labor of love needed the right music to accompany the romance, and Waits' sad, beautiful tunes do the trick.


This is one of Williams' most rousing scores, and it's full of emotion. I can listen to it over and over. Simply stunning.


I had to mention at least one Morricone score. So, why not mention his crowning achievement? It's not as popular as his theme from The Good, the Bad and the Ugly, but it has plenty of memorable compositions.


Hitchcock and Herrmann were one of the greatest movie pairings ever, with the latter complementing the former's vision for the film with his loud, brazen, and completely terrifying score.


Marianelli's Oscar-winning work is emotionally charged and full of surprises. Furthermore, "Elegy for Dunkirk" is one of the most beautiful pieces I've ever heard. Period.


It's a delicate score of pure, soaring emotion, and probably one of the most overlooked ones, too. Even the film is just as moving.


There are just so many wonderful compositions. Now, I'm going with this bombastic, sweeping, and iconic score from the beloved composer, but Raiders of the Lost Ark could just as easily be here. Let's call the whole thing off.


Hitchcock and Herrmann again. This chilling score sweeps me into the film everytime. If atmosphere is anything, this film owes a lot of it to Hermann's contribution.


It probably comes as no surprise that my favorite score comes from my #2 favorite film of all time. Preisner's haunting compositions are the finishing touch to Kieslowski's great film. They're just beautiful from start to finish.
Posted by Josh at 8:26 PM