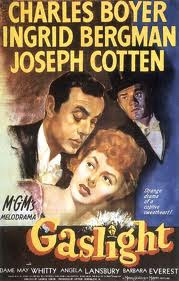 Charles Boyer and Ingrid Bergman star in the George Cukor's 1944 version of Gaslight. As a woman being driven into insanity, Bergman is sublime, and Boyer is well-suited as her treacherous husband. Joseph Cotten and Angela Lansbury also give fine supporting performances.

Since You Went Away: 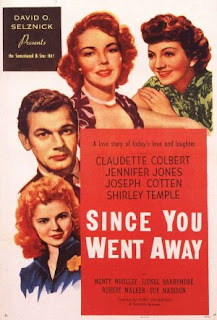 As a product of producer David O. Selznick, this 1944 wartime drama stars Claudette Colbert as a housewife whose husband has gone to fight overseas, leaving her with their two daughters (Jennifer Jones and Shirley Temple). It is an enjoyable, sentimental film, akin to films like Mrs. Miniver, and also stars Joseph Cotten.