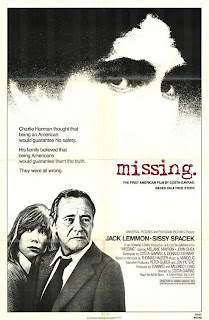 The film received nominations for Best Picture, Best Actor, Best Actress, and Best Adapted Screenplay. Since the film is an intriguing politically-charged work, it fits well within the standards of the Oscars and is in the league of a great many films nominated in the 1970s.
Posted by Josh at 12:43 PM