At long last, here are my personal awards for 2017 in film. I've seen 116 films from last year, but I still have more to watch. Expect an update probably later this year, as my new system places 2018 U.S. releases like The Death of Stalin, You Were Never Really Here, The Party, Ismael’s Ghosts, Let the Sunshine In, Rock’n Roll, The Man with the Iron Heart, and Borg McEnroe in 2017. (Obviously, I haven't seen those yet.)


Note: I also haven't seen films like Happy End, Molly’s Game, All the Money in the World, In the Fade, Wonder, Victoria & Abdul, Goodbye Christopher Robin, Film Stars Don’t Die in Liverpool, A Quiet Passion, Foxtrot, The Work, On Body and Soul, The Levelling, Blade of the Immortal, The Wound, The Ornithologist, Ferdinand, Downsizing, The Insult, Justice League, Norman, The Dinner, Newness, and Shimmer Lake.

You can view a list of what I have seen here.

I've also listed my current top 10 below the awards. Enjoy! 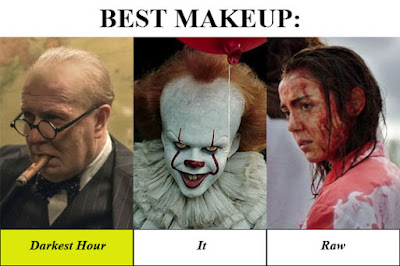 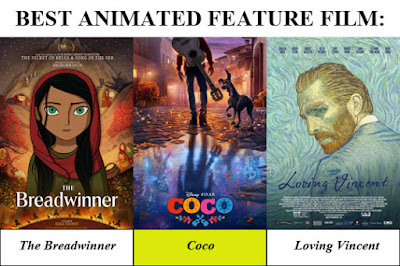