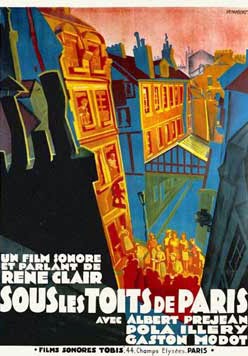 Since I'd only seen four films from this year, I had to cram in almost twenty films in a little over a week to see most of the year's biggest ones. Thankfully, several of this year's films are ninety minutes or less. I did manage to make images for twelve of the categories, so I'll update the rest later. Note: You can click on the images to enlarge them.


I still need to see films like Westfront 1918, The Three from the Filling Station, The Tale of the Fox, The Doorway to Hell, Journey's End, The Big Trail, The Royal Family of Broadway, Street of Chance, Borderline, The Night's Wife, Ladies of Leisure, and The Unholy Three.

BEST ART DIRECTION:
All Quiet on the Western Front
The Bat Whispers
The Blood of a Poet
Monte Carlo*
Morocco

BEST MAKEUP:
Abraham Lincoln
The Blood of a Poet*
The Blue Angel

BEST SOUND (MIXING AND EDITING):
All Quiet on the Western Front*
The Bat Whispers
The Blue Angel
The Dawn Patrol
Hell's Angels

BEST VISUAL EFFECTS:
The Blood of a Poet
The Dawn Patrol
Hell's Angels*
Posted by Josh at 1:27 AM