Mini-Reviews: Beasts of No Nation, Bridge of Spies and Crimson Peak (2015)

Beasts of No Nation 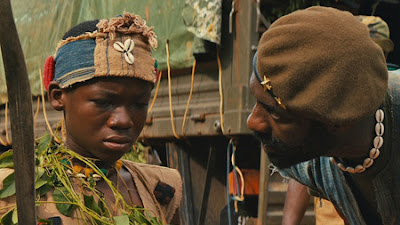 
After the death of his family, the traumatized Agu (Attah) ends up as a child soldier in wartorn Africa.

Netflix’s bold move to simultaneously release this film in theaters and online was a risky move, but the film remains one of the year’s most brutal, emotional journeys in cinema. Cary Fukunaga confidently writes, directs, produces, and shoots with several references to films like The Thin Red Line and Apocalypse Now, which are masterpieces in their own right. Abraham Attah delivers a heartbreaking performance, which largely overshadows the brilliant work from Idris Elba as the Commandant. It’s a haunting film that begs to be seen, even if it’s at home on your computer. 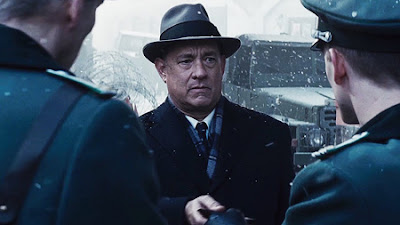 
During the Cold War, an insurance lawyer (Hanks) must defend a foreign spy (Rylance) and eventually facilitate his trade for two Americans.

Steven Spielberg continues his Oscar-friendly period, but the director still manages to make an engaging film, even though it feels like he’s on autopilot these days. Tom Hanks is aptly cast, and his likability lends itself to a fine performance. Though, Mark Rylance steals the film as the calm, mannered Russian spy. While the film is heavily tailored to tug at your heartstrings, it still thrills, entertains, and, yes, moves with a sentimentality that Spielberg has pretty much perfected. This could be the next Best Picture winner at the Oscars, and it wouldn’t be a bad choice. 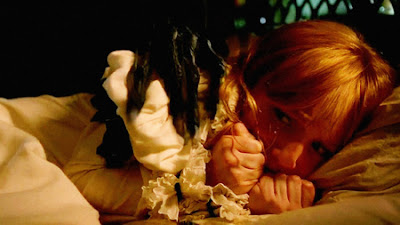 
A brother (Hiddleston) and sister (Chastain) lure a young woman (Wasikowska) to their creepy, depreciated estate, which is haunted by ghosts.


Guillermo del Toro’s gothic romance is problematic, but it thrives in its throwback to classic horror films. Ghosts, young love, betrayal, blood, dark hallways, gorgeous costumes, and a sweeping score are all in the mix, and the film doesn’t shy away from the ridiculousness of the whole affair. Though it’s not particularly original, it does have a chilly, antiquated atmosphere that’s rather refreshing. The performances are fine, but it’s del Toro’s show, with style being all over the screen.

Email ThisBlogThis!Share to TwitterShare to FacebookShare to Pinterest
Labels: 2015, Beasts of No Nation, Bridge of Spies, Crimson Peak, Mini-Reviews