God is in the Movies Blogathon 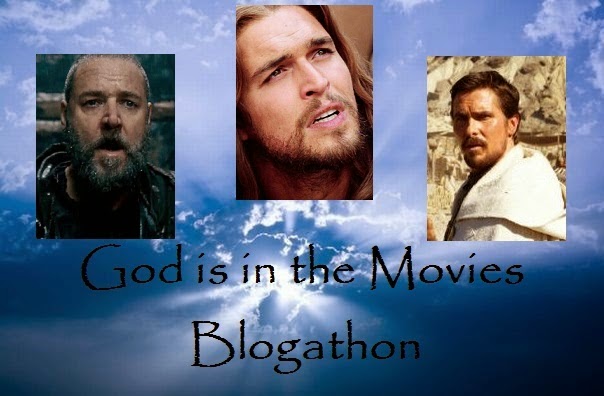 Here's my entry into Fisti's new blogathon. The gist is to answer this question: how do you like God in your movies?


Let me preface this by saying that I have no problem with straightforward Biblical epics. I grew up in church, so I'm familiar with the Bible and its teachings. When it comes to film, however, I'm in favor of a more philosophical approach to God. 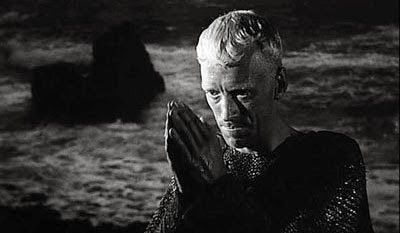 The way I want God in my movies is more abstract, which is probably why Ingmar Bergman is my favorite director. For instance, The Seventh Seal (one of my all-time favorite films) follows Antonius Block, a knight who's struggling with his faith in God. Throughout the course of the film, he plays chess with Death, and he questions the silence of God in a cruel world. He wonders if God is there in the midst of the Black Death and his own suffering.


When Death finally comes for Block and his companions at the end of the film, the darkness surrounds him, and he can't help but cry out to a God who may or may not be there. Block desperately wants to believe, but still he despairs. The suffering of the world and within himself is so great, and the pain makes him doubt the existence of God.


Block's struggle to believe in God is compelling to me. It's a constant battle for him, which makes for great drama and a stimulating exercise. Can one ever be sure of God's existence? This is how I prefer God in the movies. He may or may not be there, and that internal battle for answers is ripe material for exploration in film.
Posted by Josh at 4:22 PM

Email ThisBlogThis!Share to TwitterShare to FacebookShare to Pinterest
Labels: A Fistful of Films, Blogathon, God is in the Movies