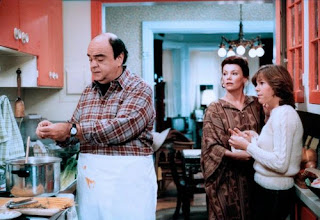 *I edited this post because Fisti was kind enough to point out that Amy Irving was in the same situation for her performance in Yentl (1983, Best/Worst Supporting Actress). Thanks for the heads-up!
Posted by Josh at 6:35 PM

Email ThisBlogThis!Share to TwitterShare to FacebookShare to Pinterest
Labels: 1981, Academy Awards, James Coco, Oddity, Only When I Laugh, Oscars, Razzies